Canny Food > Afternoon Tea > Afternoon Tea in Sedgefield
My blog of late appears to be an Ode to the Afternoon Tea with a plethora of recommendations! Because of my evident love a colleague suggested we travel further afield to try what he rates as the best he’s ever had. Not one to shy away from car adventures I booked in to sample the delights of Number Four Tea Shop, situated in the quiet village of Sedgefield. My only knowledge of this area was it was Tony Blair’s constituency when Labour won the General Election in 1997. 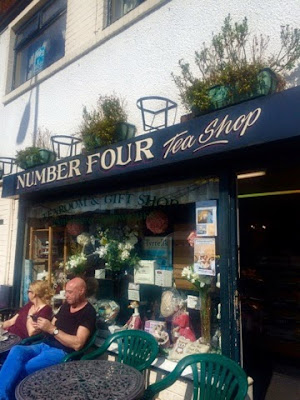 It was a gloriously sunny day and the bakery at the front of the tearoom was packed when we arrived. Even though we’d booked we waited past our allotted slot to be seated. The cake counter was teasing me as we waited, and I knew that I’d be purchasing take-away delights if the tea passed muster. 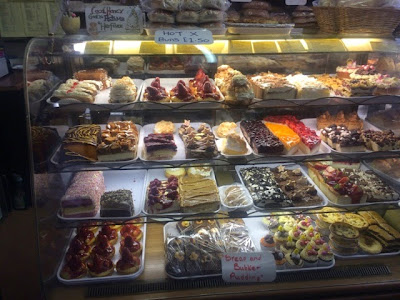 The boys decided they were in the mood for an Afternoon Tea, which disappointed me greatly. Number Four had been super accommodating in allowing us to partake in the Tea ahead of the usual 2pm start time as I’d asked so nicely and they were aware we’d travelled so far for the experience. If the staff weren’t fine with it I couldn’t tell, and they ordered Steak Pie and Lasagne between them.

The Afternoon Tea itself was £11.95 per person with a pot of tea included. It felt strange being presented with the cake stand when those around me were still munching on bacon sandwiches. It certainly elicited a few jealous stares from other customers, as you can tell from the picture above! 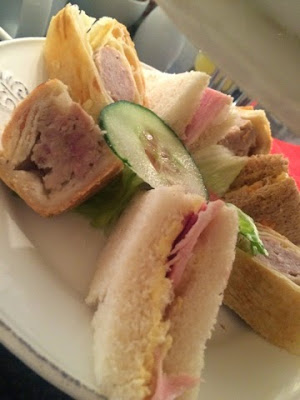 I had pre-warned the tearoom about my inability to eat egg and fish, so was presented with ham and cheese sandwiches. The savoury selection also included a pork pie and a sausage roll. I asked for help eating these as I knew it would be a struggle. I wouldn’t care, but I’d even skipped breakfast to ensure I had space for it all! The scones were fruit, but I managed to fish out the sultanas before slathering in whipped cream (slightly disappointed) and jelly jam. 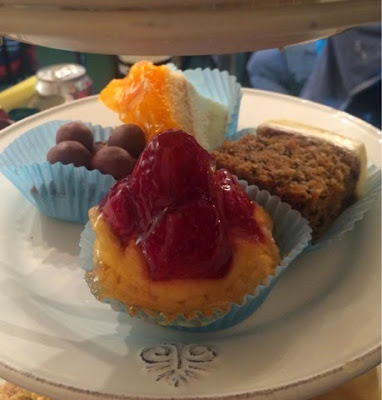 The cake tier was the most interesting for me after pouring over the counter while waiting for our table whetted my appetite. It featured a strawberry tart, a small slice of carrot cake, a Malteaser shortcake and a sliver of mandarin sponge cake. They all were delicious and enjoyed them so much I bought some to takeaway.
We were all fit to burst after eating at Number Four. We felt the prices were reasonable and the service was attentive and friendly. An Afternoon Tea in surroundings like Wynyard Hall is a grand experience, but places like here and Running Fox offer a more purse-friendly option that are often just as enjoyable.
Thanks for reading,
Pip x
Tweet
Share3
3 Shares