Canny Food > Family Day Trip Idea > Lickety Split – When You Need Cheering Up, Only Ice Cream Will Do 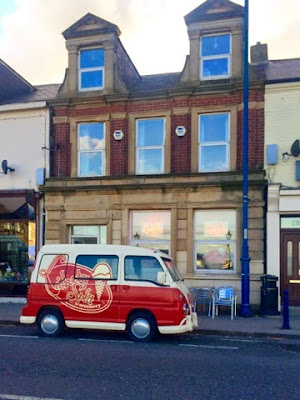 I think everyone as a kid would ask for ice cream if they were poorly or upset. As a (sort of) grown-up things haven’t really changed for me. Some people I know like a glass or three of red when things are going A over T, I seek solace in a tub of Haagen Dazs. 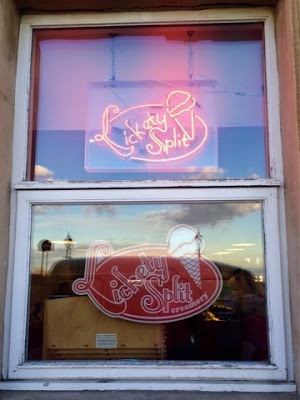 I’d heard about Lickety Split thanks to wonderful Twitter. Seaham isn’t exactly a local haunt for us, but I’ve always found the beaches there pretty. After looking online at the menu I thought it was worth paying a visit, and after an afternoon of feeling generally fed up I knew only a sundae would do.
Not being familiar with the area I wasn’t sure about parking, but opposite Lickety is a free car park. We couldn’t miss the cafe as there was a cute branded VW outside. We had very limited time there as we arrived 45 minutes before they closed, but it appeared everyone had the same idea as there was a queue. Always a good sign if somewhere is busy. 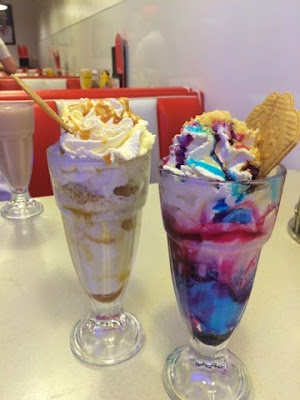 I ordered a Bubblegum Sundae for me and a Banoffee one for Jnr. We also split a Dime Milkshake, which I felt was perhaps more than enough calcium for one trip! All of this had been pre-decided ahead of the jaunt down, such is my way. They serve hot food like toasties, but I was only interested in sating my sweet tooth on this occasion. Like Wheelbirks, I think their banana split will be something else so may give that a try next time! 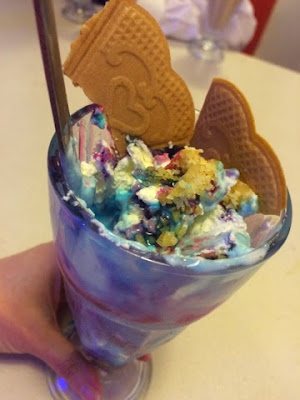 I wasn’t allowed to sample Jnr’s, which doesn’t really help to give a full picture for blogging purposes! He’s a bit of a greedy guts 🙂 My sundae was super sweet: layers of bubblegum ice cream mixed with raspberry syrup, cream, popping candy and mini-marshmallows. I thoroughly enjoyed it. 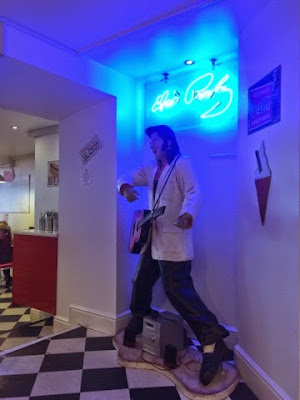 I liked the authenticity of the interior and songs from the Grease soundtrack playing. The staff were far more amiable than those found in another 50’s diner pretender we’ve recently visited – OK Diner. In fact, the MD and Director of the company were both pitching in during the busy spell when we were there. 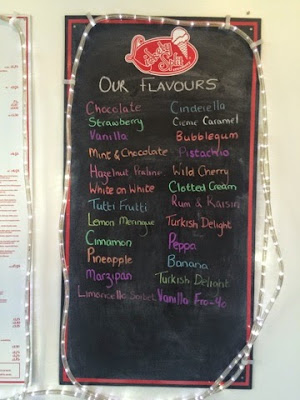 They have a fairly comprehensive flavour menu and the prices are reasonable. It seemed very busy, considering it was after 5 on a Monday night. The sun was shining though, so perhaps that draws the people of Seaham to their local ice cream parlour. We will definitely make another trip, Lickety Split!
Thanks for reading,
Pip x
Update – We visited as vegans and discovered they had sorbets on offer that were suitable. If you have a child who is dairy free and want to still take along for the ice cream parlour experience this would be fantastic!
Tweet
Share
0 Shares