Durham is not short on cafes, that’s for sure. It seems most of the city centre is taken up by cafes, restaurants, and bars vying for the custom of students and tourists alike. Keen to support the independents of the area, I wanted to make a return visit to Jumping Bean following its reopening last year.

Historically vegetarian with a SFV selection, Jumping Bean is now wholly vegan. There’s also been a bit of rejig in terms of the food on offer, possibly appealing more to those who enjoy the junk food aspect of being plant-based instead of the wraps and salads which used to feature on the menu.

With a choice of burgers, hot dogs, nachos and milkshakes, the menu at Jumping Bean hardly screams ‘vegan cafe’. It’s no wonder it was packed when we visited, while many of the surrounding establishments seemed to be struggling for trade. It would be interesting to know whether everyone eating there was vegan, or whether they were just trying something new.

I ordered a Currywurst (£6), while my friend opted to try out the Fakey Bacon Cheeseburger (£6.95). Both were served with freshly cooked chips.

When served food in any cafe, vegans start to second guess whether something is SFV. Because Jumping Bean doesn’t shout about its credentials – save a chalkboard outside – I was a little panicked as to whether everything was ok, especially considering how ‘meaty’ it all tasted!

Jumping Bean are using some of the best quality substitutes and it really shows in the standard of the food they’re serving up. The burger was almost as good as Vegano’s (see here for our best veggie burgers), with a fake bacon which has the same taste and texture as ‘the real deal’.

We couldn’t leave without trying a slice of Chocolate Cake, which was served warm with cream and ice cream. It was reminiscent of the fudge cakes my Mum used to make when I was a child, moist and rich.

After a few disappointments recently in vegan establishments – which will be chronicled here in due course – it was a relief to find Jumping Bean has upped the ante in its new incarnation. Whether you’re veggie or not, you’ll find something to appeal on their menu. Based on the chocolate cake alone, it is worth popping in for a coffee and a slice if you happen to be in the area. 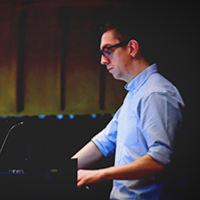