Canny Food > Dining Out > Jesmond Dene House – Restaurant Week
January is usually a month filled with gloomy weather and nasty bills, but in my home town there is a special Restaurant Week towards the end of the month to raise our spirits. A foodie like me never needs an excuse to eat out; in fact my son jokes I don’t know how to work our cooker! You can eat out in certain restaurants for between £10-£15 during this week, so it is well worth taking a look at which eateries are involved and maybe trying out somewhere new.
Last night I was very lucky to go to Jesmond Dene House, one of my absolute favourite places to eat in the North East. Normally it is a place reserved for special occasions, but as they have a special offer running this week- Restaurant Week Menu – we couldn’t pass up the opportunity to have a post-Christmas treat!
One of the perils of being a fussy eater is that I usually have to check a menu out in advance to ensure there is at least one dish I’d like. I was in Edinburgh at the weekend and was going to visit The Kitchin, but on perusing the menu I realised that I couldn’t find anything I’d be open to trying. I’d already checked pre-booking at JDH what I was going to order, so spent the day being careful what I ate to ensure I had room for my 3 courses. 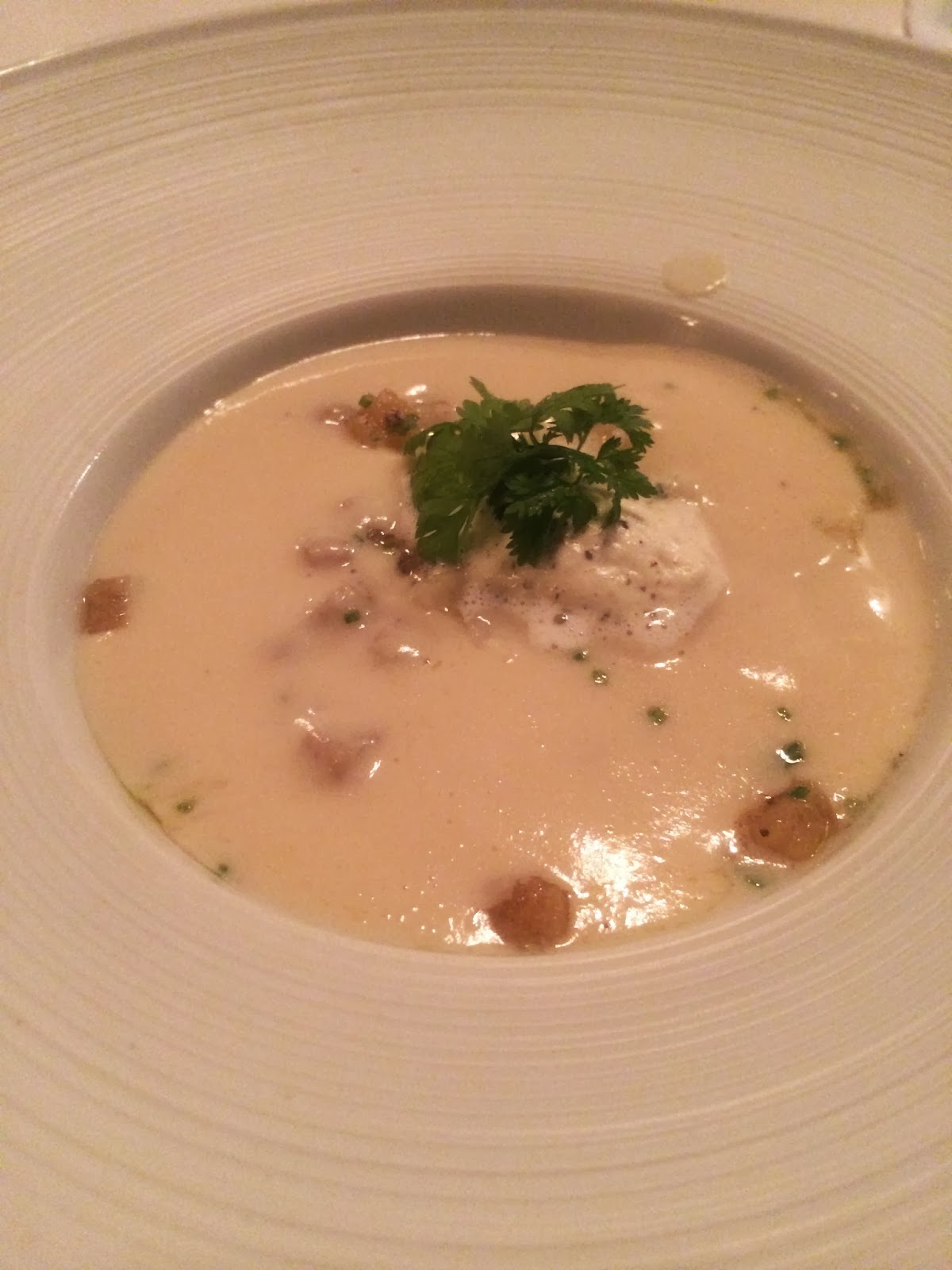 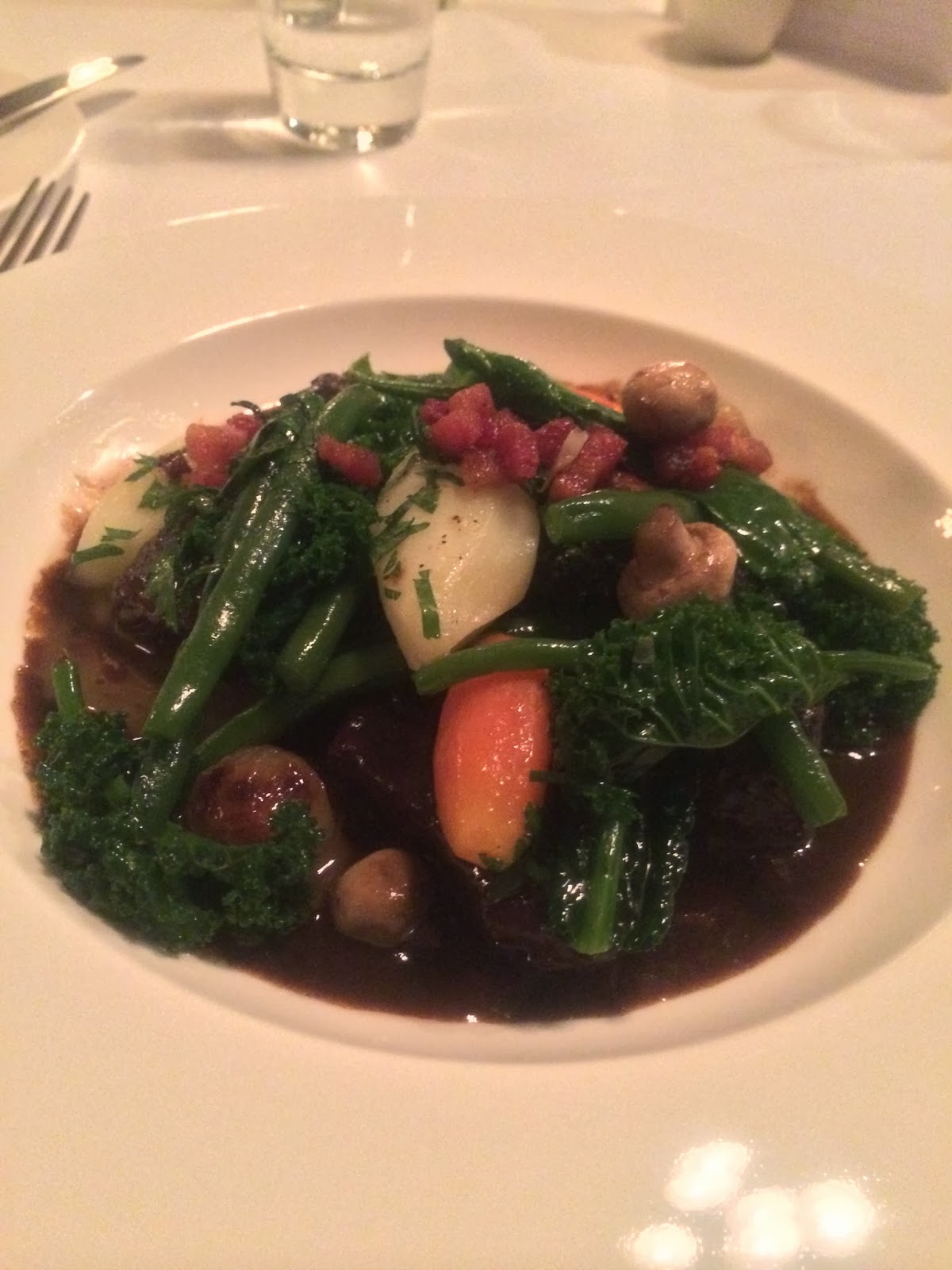 To start with I had Cauliflower Veloutte. I’ve had soup as a starter here a few times and have always been wowed by them. This was delicious, and the experience is always improved with the addition of croutons and little cauliflower florets hidden at the bottom. I could have eaten a bucket of the stuff!
This was followed by Beef Bourguignon, which was cooked perfectly. The beef was flaky soft and the sauce was good. My only gripe was I felt the crispy bacon on the top added too much saltiness to a dish that was already quite rich. That might just be my palate, however. 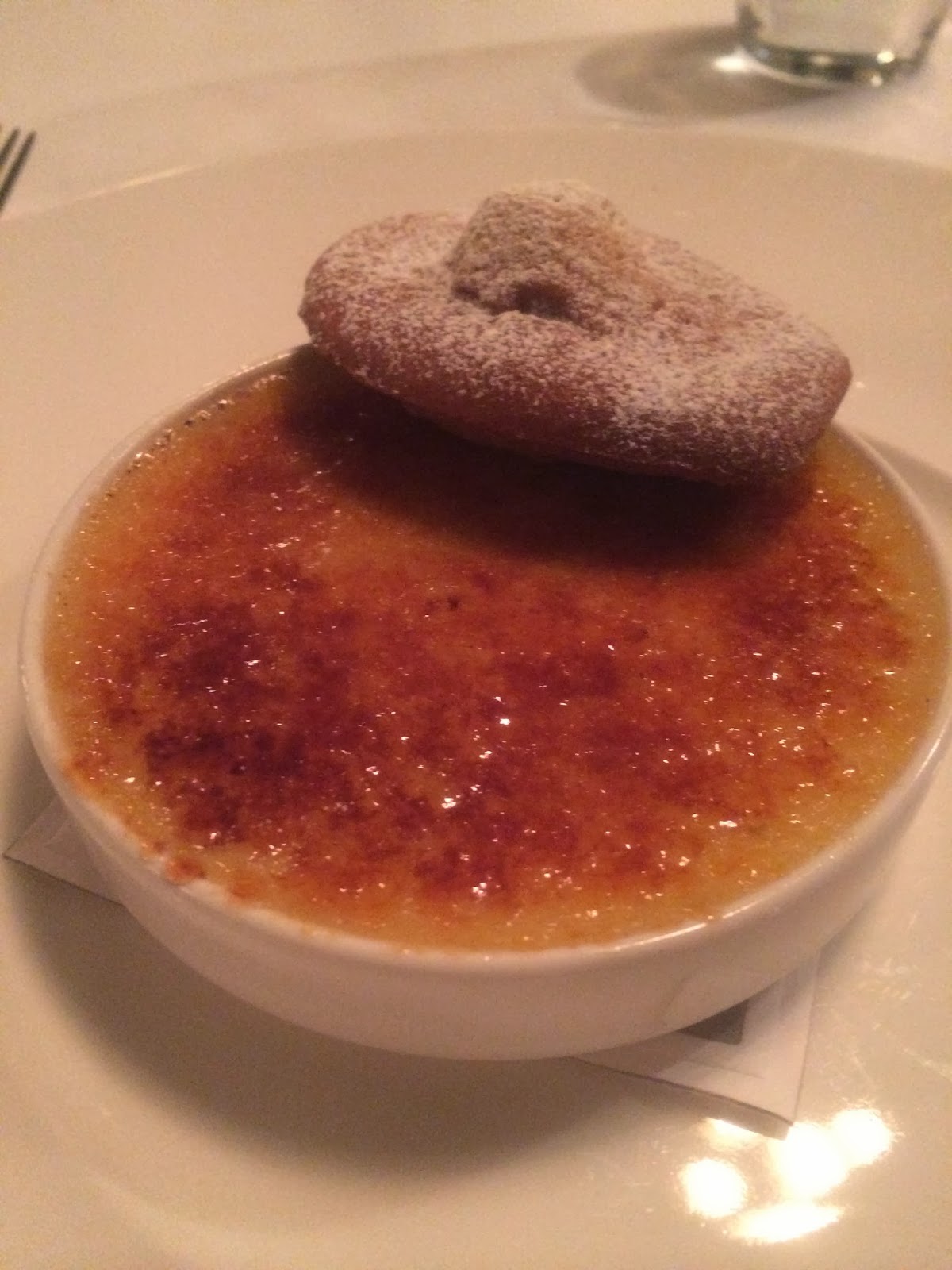 After a palate cleanser I had the best Creme Brulee I’ve ever tasted. The custard base was creamy and deliciously vanilla-y, and there was the right ratio of crispy caramel to custardy mouthful. The light as air lemon biscuit/cake- reminiscent of a Paradiso- which accompanied was used to ‘mop’ the remnants up. 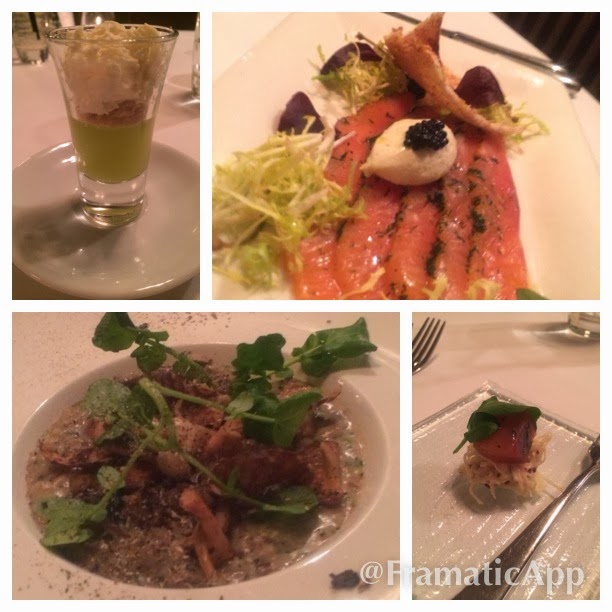 He tried caviar for the first time with his Salmon Gravalax starter, which he thoroughly enjoyed. He had the Wild Mushroom Risotto for main, followed by the Cranberry and Almond Tart. All of our plates were clean and our tummies full afterwards. The total for the meal was £70, which included a few alcoholic drinks and the discretionary service charge. I’ve paid that before for 3 courses in places like TGI Fridays, so was more than happy to hand over my credit card for the standard of meal and the ambience we’d enjoyed.
I can appreciate why people may be wary of eating out in places like Jesmond Dene House due to the pretentious ‘air’ they have. I must admit I revel in a bit of this from time to time! I enjoy having to get dressed up and having a sommelier babble on at me about fancy wines when I know I’m just going to opt for a Diet Coke. That said, every time we’ve eaten there there has been a wide cross section of people and I’ve never been made to feel out of sorts.
I find it a welcoming place, and I’d encourage anyone to give it a try. The fact it is a bargain this week means I’ve been recommending it to anyone who has asked me about Restaurant Week. I found it disappointing that there were only 8 covers in the restaurant last night, and there needs to be wider promotion about the offers they do, like their Foodie Special. I hope this blog has helped with that 🙂
Later in the week I’m revisiting Fujiyama, and taking Jnr along for the first time. No doubt there will be a post to accompany those shenanigans!
Thanks for reading 🙂
Pip x
Follow Canny Food on Facebook and Twitter for sneaky peeks at our NE food adventures.
Tweet
Share
0 Shares