Canny Food > Uncategorized > Working Mum Anxieties
Since Jnr started ‘big’ school we’ve found time management on a week night very difficult. By the time homework and chores are finished I feel I don’t get to spend a lot of  quality time with him. He spends every other weekend with his Dad as well, so I think I’m not a ‘fun’ Mum. There’s a distinct lack of kid flicks on at the cinema as half term is looming, the weather is on the soggy side, so I decided to make the most of Restaurant Week and take him somewhere new to eat as a treat.
Jnr is just as fussy as me in terms of food. He’s allergic (in the way all kids are) to salad and vegetables, and if anything features herbs it’s off the menu. It makes it difficult to eat out with him unless I’m happy to visit places like Taybarns. As he’s getting older I want him to try new things, and I sometimes need a ‘date’ to accompany me on my food adventures 🙂
I’d been to Fujiyama a number of times in the past. My dislike of fish is well documented, but I’ve found historically this Japanese restaurant has offered enough on the menu for someone as finicky as me. Jnr’s interest in Oriental cuisine usually only extends as far as Chicken Noodles, so I was concerned this choice of eatery would mean he’d complain about how strange or vegetable-y the food was. £15 for their special 3 course set menu was too good a bargain to pass up though, and I knew I’d enjoy it regardless. I booked for a Thursday night as our only commitment is a piano lesson not far from Newcastle. 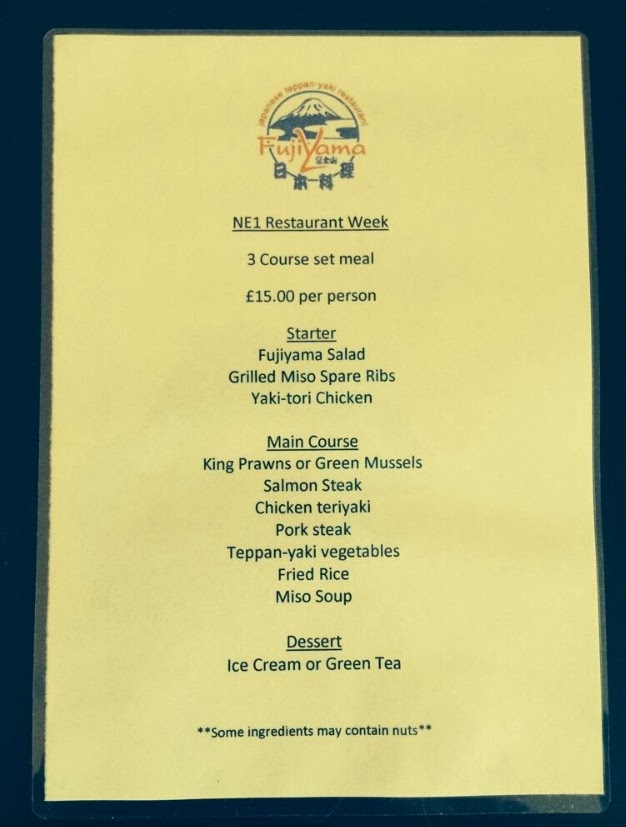 Jnr was very apprehensive when he was given chopsticks to eat with, being made to wear an apron, and with us being sat amongst people we didn’t know. I decided to not tell him about the ‘egg’ challenge, so when our enthusiastic chef asked for volunteers I was expecting the wall flower to nervously shy away from the experience. He is competitive though, and bravado kicked in. He was most disappointed not to manage catching it his hat 🙂 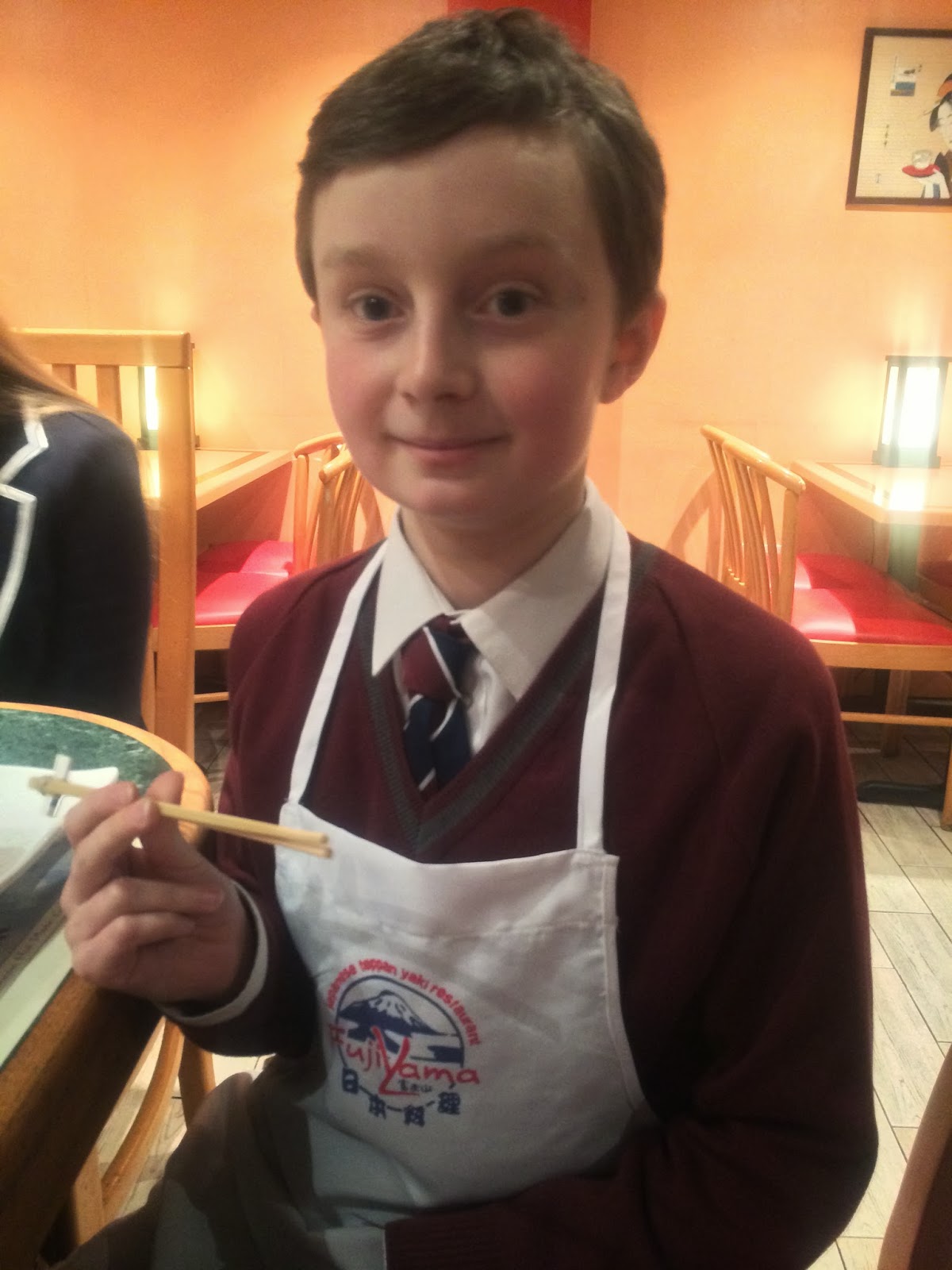 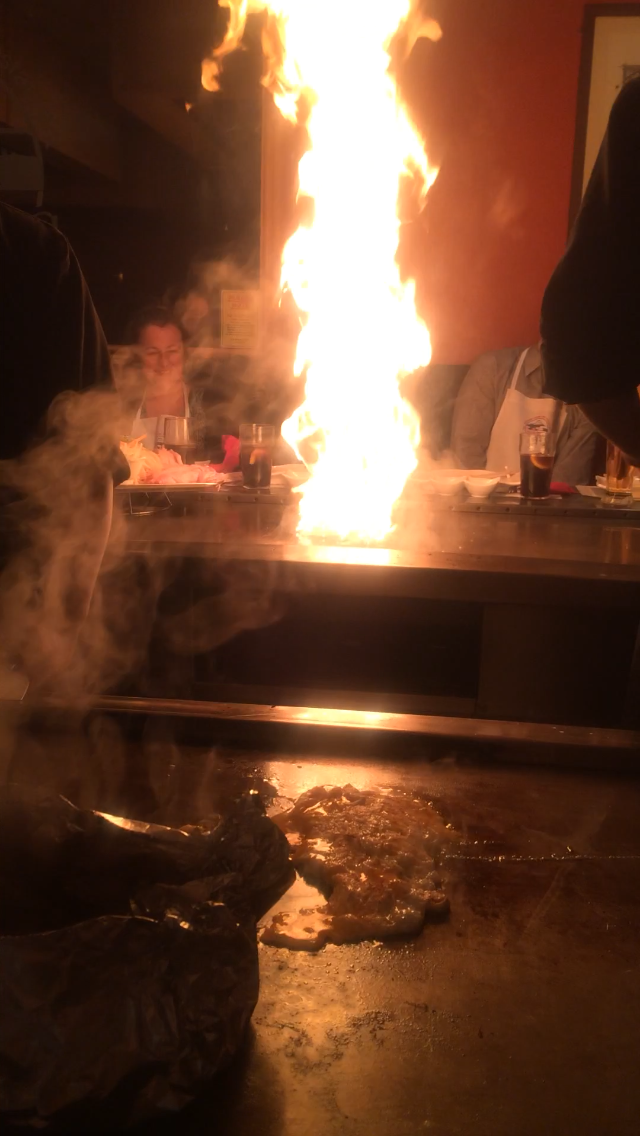 Having explained when our orders were taken my dislike of fish and Jnr’s uncertainty of shellfish I found the staff very accommodating. Your food is prepared in front of you, so preferences and allergies are taken into account as far as possible. The theatrical way the chef interacts with you as he’s cooking adds to the experience, and Jnr especially enjoyed the banter. 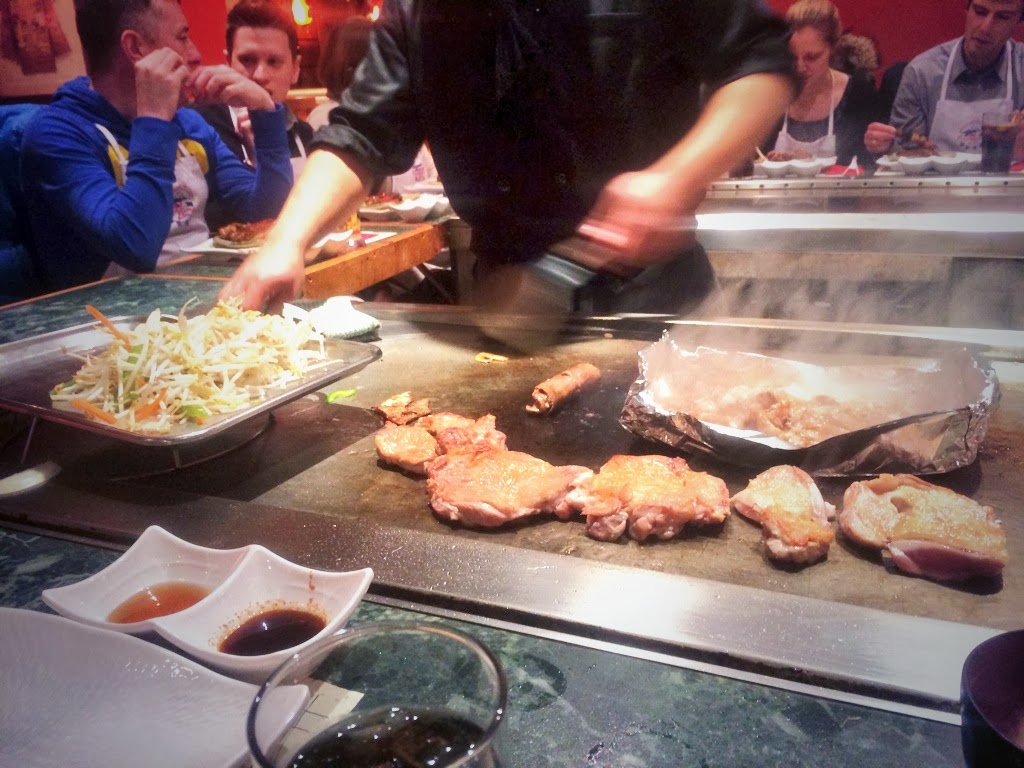 I sometimes find miso soup too salty, but Fujiyama’s was just right. Jnr wasn’t overly keen, so he ‘stole’ my spare rib and yaki-tori chicken. Not really fair, but Mummies are expected to make sacrifices. I was offered his salad, which I was told I needed to eat more of anyway. As you can tell, my son is a charmer in the making.
Jnr ate the salmon on the menu, and he said it was the best he’d tasted. He appreciated the chef asked him whether he wanted the skin left on or not, and he made the skin super crispy. I was offered a beef & mushroom ‘roll’ instead of the salmon and shellfish. I took a photo of this, but decided not to post it as it didn’t look very appealing. It was delicious though, and I’ll blame the inconsistency of my iPhone camera!
By the time we’d moved on to being served our chicken, rice and the Jnr-ignored vegetables he’d started to complain about being full. This NEVER happens when we eat out. In fact, our joke is he has hollow legs! He managed to find space for the ice cream though, whereas I opted for green tea. Our server seemed to expect me to ask for ice cream, but I was also feeling a little on the stuffed side. My fortune cookie told me I may have something on the horizon, which means I should probably lay off the sweet stuff for a bit… 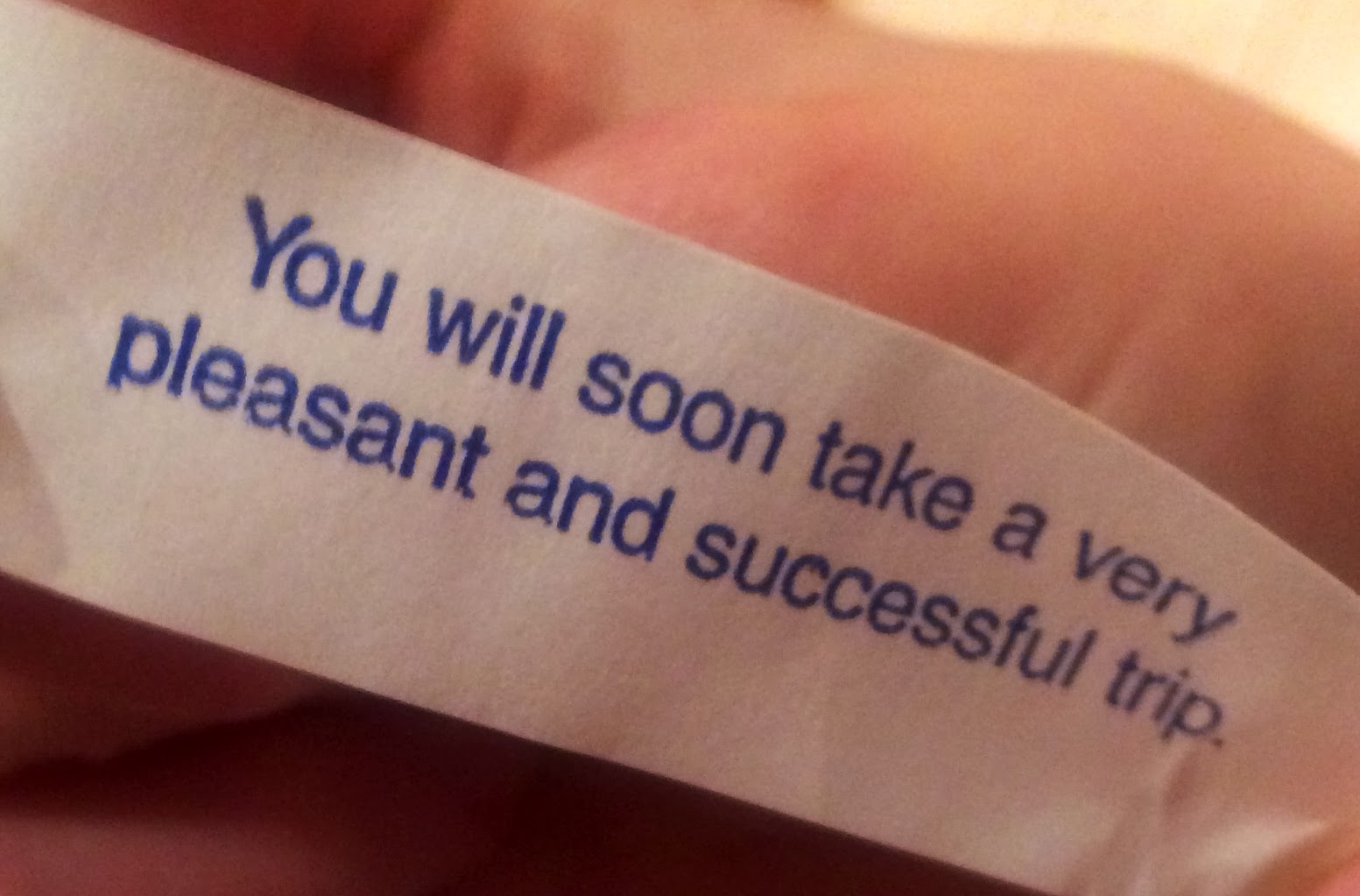 Altogether our meal was £34. As we left Jnr asked if we could return next week, so I suspect Taybarns may have (thankfully) lost a customer. As Restaurant Week has been extended I think it would be rude not to visit again soon. We weren’t the only family there last night, and I would recommend others with children to take them along too. Kids are also more open to trying things when in new and exciting surroundings, and my worries about Jnr were certainly allayed. I think the hospitality of the staff helped a long way in that.
Once we got home Jnr seemed interested in having an actual conversation with me. I feel I am often battling against Minecraft or Civ V to get more than a grunt from him, but clearly we both relished the opportunity to bond. I look forward to our next ‘date’ night 🙂
Thanks for reading!
Pip x
Tweet
Share
0 Shares